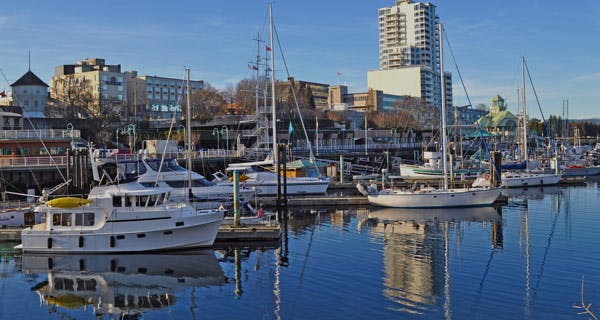 Nanaimo. A Great Place to Live and Enjoy!

Nanaimo (population 90,504) is a fast-growing urban centre on Vancouver Island and is British Columbia’s fifth-largest city. Nanaimo is 30 nautical miles due west of Vancouver across the Strait of Georgia and Victoria is 114km/68mi south of Nanaimo long the multi-lane Trans-Canada Highway. The city gets its identity, history and abundance of recreation options from its beautiful sheltered harbour from which the city has grown around from its early beginnings some one hundred and fifty years ago. Nanaimo is also known as the Harbour City.

Hiking, boating, kayaking, biking and world-class scuba diving and snorkelling are everyday activities at the busy waterfront as well as other parks and recreation areas throughout the city. Nanaimo has developed a park and trail system that is the envy of most municipalities in British Columbia.

In addition to being a gateway to the rest of Vancouver Island, Nanaimo has lots to offer with a bustling downtown core, a new museum, a theatre for performing arts on the waterfront, art galleries, a wealth of shopping and dining alternatives along with great accommodations.

Nanaimo is also a university town. Vancouver Island University offers a variety of certificate, diploma, and degree programs. The programs provide training in academic, vocational, and technical fields and range from basic literacy to university degrees. Bachelor Degrees are offered in virtually every discipline and Master’s degrees are offered in Business Administration, Education in Educational Leadership, Education in Special Education and Arts in Sustainable Leisure Management.

Nanaimo has a coastal climate that swings between dry and not-too-hot summers and wet winters during which temperatures rarely dip below the freezing mark. Average summer highs are 20°C/70°F and much of the annual precipitation (1,144mm/45in) falls in November, December and January. …

Nanaimo is the major arrival and departure point for nearly two million cars and 5 million passengers annually via BC Ferries. It is home to two of the island’s three major ferry terminals â€“ one at the northwestern edge of downtown (Departure Bay) and the other at Nanaimo’s south end (Duke Point). Island visitors from the US often arrive via the Black Ball Ferry (Port Angeles, WA to Victoria) or Washington State Ferries (Anacortes, WA to Sidney, BC).

Nanaimo Airport is 18km/11mi south of the city off the Trans-Canada Highway. Air Canada offers a schedule of daily flights to and from Vancouver International Airport, earliest departure from Nanaimo is 6:10am, while flights return as late as 11pm. Air Canada and West Jet offer direct flights to Calgary and recently, Air Canada began seasonal direct flights to Toronto. Sea-to-Sky Air meanwhile, offer flights to Whistler and Tofino Air flies to other spots on Vancouver Island and coastal BC. West Jet provides daily service from Calgary.

Two main highways service the city. The traditional route through the centre of town is via the Trans-Canada Highway (Highway 1), which winds north from Victoria and ends at the Departure Bay ferry terminal. The Island Highway (#19A) continues onward from here, past the shopping malls and business parks in north Nanaimo. Taking a scenic driving route is also a great option for exploring Nanaimo’s surrounding area.

A high-speed bypass is the Nanaimo Parkway (#19). It begins off the Trans Canada at Nanaimo’s south end just past the Duke Point turnoff and skirts the western edge of the city on its way up-island.

Tourism Nanaimo:
Provides information on what to do, events, lodgings, restaurants, etc.
http://www.tourismnanaimo.com

City of Nanaimo:
City website but with excellent sections for visitors and for business.

BC Ferries Schedule:
How to get off and on to Vancouver Island
http://www.bcferries.com/schedules/mainland/